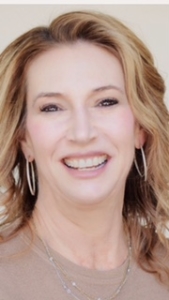 After clerking, Elizabeth started her legal career as an Associate at Brown and Bain, a large Phoenix law firm.

Over time, Elizabeth decided that she wanted to do trial work, and became a Deputy Public Defender at the Maricopa County Public Defender’s Office, where she worked for over seven years. As a Public Defender, Elizabeth tried a variety of jury trials, including a capital case and child sex crimes. Elizabeth then became a temporary commissioner and pro-tem judge, working mainly in a specialized court, called the Early Disposition Court.  In May 2001, Elizabeth decided to take the plunge and establish her solo practice in family law. She became a Partner with Bregman Burt Feldman in 2008. Elizabeth concentrates on all aspects of family law, including dissolutions, separations, custody cases, post-dissolution modifications, child support matters, as well as mediations and negotiations.

Elizabeth also enjoys conducting mediations with both represented and unrepresented parties, and has completed the 40-hour Mediation Training course. Elizabeth believes that whether your case needs an aggressive trial attorney to represent you during all phases of your case, including possibly trial, or whether you will be able to resolve your issues with the other party short of litigation, you deserve personal attention and effective representation.

She currently serves as a judge pro tem and on several state bar committees.

How Can We Help You?