With all the debates about the President’s goal for universal healthcare coverage and the different opinions as to how we can accomplish that— or even if we should — I’m reminded of some very frightening issues I’ve faced regarding my own health care over the years.  Some of my experiences have been in American hospitals, and some have been in foreign hospitals.  Here is my story.

In the 1970’s I was in the Peace Corps in Sierra Leone, West Africa.  I lived in Kenema, the capitol of the Eastern District.  Other than by population standards it was a small town.

There was one government hospital and one private hospital/clinic, which was owned and run by Doctor Banya , a local man and good friend of ours, who had been educated in the West.  It was rare at that time for an African doctor to run his own hospital.  There was only one other private hospital in the country owned and run by an African doctor; neither doctor had been educated in his own country.

One morning I was alone in the house with Mohammed; a man who cleaned, shopped, cooked and lived at the house with us.  I had just finished breakfast when I started to shake and feel faint.  I called for Mohammed.  Because we had no transportation he went out looking for help.  The only vehicle nearby was a large noisy motorcycle owned by a neighbor who was loud and argumentative.  My impression of him had been that he was a big bruiser of a bully, but when Mohammed asked for help he was there immediately, helping Mohammed carry me to his bike.  I was now too sick to hold myself up.  The neighbor held me with one arm and used his other hand to steer the motorcycle.

At the hospital there was no “triage” and no waiting.  I was taken to a bed right away and given immediate and excellent care.  No one asked about payment—perhaps they simply thought the U.S. Government would take care of its own.  Nobody ever asked what was in it for them to help me, and never asked if I was worthy of their help.  They simply gave it willingly and gracefully. Without their quick actions I might have died.

The conditions in Africa were not easy: the weather was intensely hot and humid, and air conditioning was unheard of, the hospital itself was basic. But the care I received was excellent and pleasant; the facilities were kept spare, clean and well-ventilated with fans.  I was able to spend two weeks in the hospital bed recovering.

When the doctor worried that I may have contracted Lassa Fever, a new and fatal disease that had just been identified in a neighboring district he took action immediately. One day I awoke to find the doctor, a nun from the hospital in the neighboring district, and a doctor from Atlanta’s Disease Control Center surrounding my bed, asking questions to determine if I fit the profile.  As serious as it was I was relieved to find out that I only had a bad case of Malaria.

When I needed my blood tested at the government hospital, again my doctor was on top of the situation. He gave me a needle and told me to insist that it be used by the hospital – because they reused their needles on patients and I couldn’t be sure to get a new needle.

Compare this story to an experience I recently had here in the U.S.  My mother was sent to one of the city hospitals for tests on her heart.  We waited and waited, but several days later the tests had not yet been done.  By the time they finally were scheduled my mother had abdominal pain so severe she refused to have the tests or to see anyone.  The next morning we went to the hospital and found that she had been taken off her pain medicine, was hallucinating and in excruciating pain.  The nurse didn’t know why.  We asked to speak to the Doctor.  She put in a call.  We checked with her regularly and each time she called for the doctor again.  The doctor wasn’t in but his Physician’s Assistant was in the hospital and would come to see us.  My daughter saw the PA pass our room a few times but we could never find her down the hall.  She didn’t come in until about 3 P.M. with an apology and the comment that she had “more urgent” cases.  She agreed that it was unacceptable for Mom to have no pain medication and she would order some right away as well as a visit from the Pain Management Team.  Again we waited. When no medicines came we checked with the nurse and discovered that no medicine had ever been ordered.  The PA left it up to the Pain Management Team, who had not been told it was urgent, and who would come when they were ready.  They never came.

By 6pm my Dad, 81 and recovering from the flu, was worried about getting back to his home over an hour away.  It was March, getting dark, a blizzard was expected, and we could not stay at the hospital.  Eventually we took Dad home, but ended up driving back to the hospital at 11P.M, fighting the blizzard.  Mom died in the middle of the night.

I have a lot of feelings surrounding these events.  I feel guilty at times.  I feel angry and frustrated at the Doctor and his P.A.  I know they meant well and were doing their best, that the situation was a combination of bad moments, bad choices and tragic results.  Unfortunately in the last five years of my parents’ lives my family experienced many other upsetting experiences regarding their health care.

Now there is another aspect to my experience in Africa—my experience at the other hospital.  I remember a long building with a surrounding porch.  People lined the walls waiting to see doctors.  Some were mothers who had carried their sick babies and children on foot for miles to get medical help; many of whom would end up carrying their dead children miles home again to be buried.  Patients in beds filled the porch, overflowed into the corridors and down the stairs into the grass.

I realize that I was lucky to get the excellent care I did in Africa… but my mother was not so lucky right here in the United States.  Although I would not choose to get health care out of the United States, I know that that does not necessarily mean we have a good system.  We have good technical health care.  We have good people with good training.  But we have a serious breakdown in the system.

Is this broken system what we are willing to accept?  The bottom line should be the care of the patient, of the person; not rules or policies or other concerns. Our “Humanity” is in how we treat each other in our interactions, in the care we give face to face; it is not in our rules or policies or on something we list on a piece of  paper. When those rules and policies become more important than people, when they keep doctors from fulfilling that first and most sacred of oaths, “do no harm”; shouldn’t something be done? 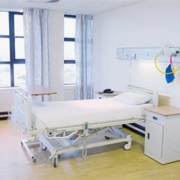 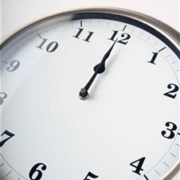 How Long Does It Take to Finalize a Divorce and Why? 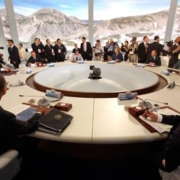 Mediation, is it for you? 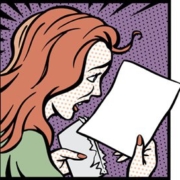 What to Expect When It Comes To Spousal Maintenance 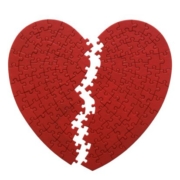 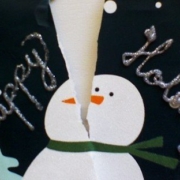 What to Do About Holiday Nightmares 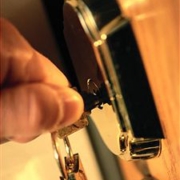 Protecting Yourself From Danger: How to Get an Order of Protection

You And Your Lawyer